Online casino fans in Canada have been rejoicing since February of this year, when popular gaming website Mr Green opened its virtual doors to customers in the Great White North. More recently, the Scandinavian-based company announced its entrance into the Italian market after receiving licensing approval from the AAMS in March. 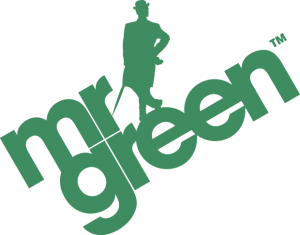 For the last two months, Canadian gamers have been gratefully logging on to Mr Green to access the abundance of online gambling opportunities. Mr Green & Co provides a multitude of iGaming services that include everything from online casino and poker games, to internet bingo and sports betting products.

Tablet casino enthusiasts will be especially pleased to learn that Mr Green launched a mobile gaming platform back in 2012. It has grown immensely since then, and now supports a vast collection of games from Microgaming, Net Entertainment, Evolution Gaming, Bally, IGT and other name brands in the online/mobile gaming software development industry.

For years now, Mr Green has been the internet gaming service of choice in its home territory of Scandinavia. It wasn’t until this year that the company really began pushing its expansion strategy, which is said to include a much wider reach across Europe. According to Mr Green officials, obtaining a license to operate in Italy via the company’s recent acquisition of MyBet Italia in January is said to be just a small step in that direction.

Mikael Pawlo, Chief Executive Officer of Mr Green & Co., said he expects their award-winning online casino to draw plenty of recreational gamblers from Italy, but that turning a profit from the endeavor will take some time. The reasoning behind the lack of profit from the Italian market in 2015 was chalked up to the costly acquisition of MyBet Italia; the purchase price for which has not been disclosed.

Mr Green’s expansion into Canada should be much better received by the company’s financial department this year. According to statistics, iGaming websites that accept Canadian customers draw a substantial portion of their revenue from that region. Having such a highly appreciated online and tablet casino product, Mr Green’s experience in the Great White North should be no different.

What Mr Green Brings to the Table in Canada and Italy

Part of Mr Green online casino’s immense popularity has been due to its unique features, rarely found at comparable online gambling sites. For example, instead of giving players the option to filter games by alphabet and popularity alone, there is an option to view the menu by games best suited for beginners or high rollers (i.e. recreational players or serious veteran gamblers).

Mr Green also presents regular tournaments and a rewarding VIP program for their loyal members. The VIP Lounge is an exclusive division of the online casino, accessible by invitation only, that offers a throng of perks like monthly cashback, dedicated account managers, VIP-only promotions and events, faster payment services and more. Requirements for VIP status include wagering $80,000+, or depositing $7,000+ over a two month period.