To read about the gaming laws of Canada, go to the official websites for the Canadian casino gaming agencies. Canada has 10 provinces and 3 territories. While our immense country’s gambling activities is regulated by a patchwork of gaming agencies, the 13 different authorities are a lot less complicated than the 50 different state agencies in the United States. With each agency, I try to give a brief description of the agency’s duties, along with an idea about the casino activity in each region.

Alcohol and Gaming Commission of Ontario – AGCO regulates casino gaming, charitable gambling, and lottery betting inside the province of Ontario. Most casino gaming regulations are subject to the Gaming Control Act, 1992. This requires casino staff, referred to as gaming assistants in the legislation, to adhere to specific rules and regulations. The term “gaming assistants” refers to dealers, croupiers, and slot machine technicians. AGCO also oversees union laws as they pertain to the casino workers. Trade unions which represent gaming assistants and land-based casinos and slot machine venues must be registered with the Alcohol and Gaming Commission of Ontario.

Ontario has 31 legal gaming venues in the province, including 13 land-based casinos, 4 racetracks, and 14 racinos. A racino is a racetrack which offers casino-style gaming on its grounds. AGCO also regulates alcoholic beverages throughout Ontario.

As for the Regie des Alcools des Courses et des Jeux site itself, English speakers are likely to find it hard to navigate this website. While a link on the top right hand corner of the homepage suggests an English-language version of the site exists, most of the portal remains in French.

Nova Scotia Alcohol and Gambling Authority – The Nova Scotia Alcohol and Gambling Authority is part of Service Nova Scotia and Municipal Relations. It is responsible for “licensing and regulating liquor, gaming, and amusement activities” in Nova Scotia province. The Alcohol and Gaming Division, as it is sometimes called, derives its authority from three statutes: the Theatres and Amusements Act, parts of the Liquor Control Act, and Part II of the Gaming Control Act. On the link I provided, gamblers can read a brief history of the organization, while finding contact information. Nova Scotia has 7 gaming destinations in all, including 4 casinos, 2 horsetracks, and 1 horse track casino.

Liquor and Gambling Authority of Manitoba – The Liquor and Gambling Authority of Manitoba is the brand new casino gambling regulator in Manitoba. It was founded on April 1, 2014, and it combines the authority previously held by the Manitoba Liquor Control Commission and the Manitoba Gaming Control Commission. The website provides operators and employees to apply for licenses, reads reports on the casino gambling activities in the province, or learn about the latest raffles. Manitoba has 8 casinos, 9 horsetracks, and 1 horsetrack casinos. The high percentage of racetracks are mainly found on fairgrounds throughout the province, so these operate only part of the year.

Saskatchewan Liquor and Gaming Authority – The Saskatchewan Liquor and Gaming Authority oversees most forms of gambling in the province. The list includes casinos, horse racing, bingo, raffles, and breakopen tickets. Besides regulating the actual games as they happen, the SLGA registers all provincial gaming employees. It also licenses all gaming suppliers in the province. Saskatchewan has 8 brick-and-mortar casinos, 1 racetrack, and 1 racetrack casino.

Professional Licensing & Regulatory Affairs Branch – The Professional Licensing & Regulatory Affairs Branch of the Department of Community Services is the casino, lottery, and charitable gaming authority in Yukon Territory. The Yukon has one single gaming venue: Diamond Tooth Gertie’s Gambling Casino in Dawson City. Under the Lottery Licensing Act, the PLRAB oversees activities like bingos and raffles. Yukon also has “three-day event casinos”, which are temporary gaming operations which offer games like blackjack and wheel of fortune (not the slot machine). 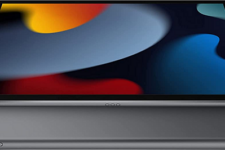 Apple iPad Air Review (2022) Tested by Real Online Gamblers in CanadaApple’s 2022 edition of the iPad Air is impressive, to say the least. It’s sleek, its M1 chip is extremely fast, and its easily capable of handling any and all tasks you can throw at it. For today’s mobile gamblers, the latest iPad...
Category Apple, Apple iOS, Casino Games, iPad, Mobile Devices, Tablets, Technology, Uncategorized by Grameister777  No Comments
Read More

Unless you need an exceptionally good tablet, the Apple iPad (2021) is more than capable. As you'll soon find out, it's got everything mobile casino gamers need to get their bets on the virtual table....
Category Apple, Apple iOS, iPad, Mobile Devices, Tablets, Technology by Grameister777  No Comments
Read More 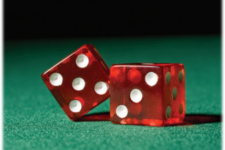 Online Craps Beckons to Dark Siders – To mis-quote Darth Vader, do not underestimate the power of the dark side of craps..!...
Category Casino Games, Craps by Grameister777  No Comments
Read More