Online gambling has been big business all over the world for the past two decades. Internet gaming sites have been marketing to Canadians throughout all these years, despite laws that technically prevent them from doing so. Due to Canada’s passive nature on the subject, gambling law expert David Martin says the regulation of online gambling in Canada is “absolutely inevitable”. 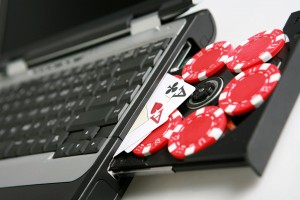 In theory, the laws of Canada prohibit online gambling operators from accepting Canadian players. However, the laws are written in such a manner as to provide painless loopholes, and offshore operators have taken full advantage of them. Rather than re-writing stricter legislation, however, the government has simply turned a blind eye to it.

At the same time, three provinces have launched their own provincially-run online gambling markets; PlayNow in British Columbia, PlayOLG in Ontario and Espacejeux in Quebec. While these operations have been notably successful, there are still thousands upon thousands of players in these regions choosing to login to offshore gaming sites instead, and countless more doing so from provinces where online gambling is not authorized.

Martin believes that Canada’s passive nature towards so-called “illegal” gambling websites is a distinct sign that the country will inexorably script full-scale regulation for the market. Doing so would allow the government to capitalize on the revenue that’s been syphoned out of the country for years now.

A gambling law expert and head of Martin and Associates, Martin said, “It’s absolutely inevitable that this occur. The truth is that Canada has a de facto non-prosecution policy. It does not enforce the adequate provisions of the criminal code,” explained Martin, who reasoned that, “it should be repealed.”

No player has ever been charged or prosecuted for gambling over the internet in Canada. Operators fly under the radar by circumventing the ambiguity of the Criminal Code of Canada. But Martin says those laws need to (and eventually will) be rewritten. When they are, either strict prohibition or regulation must occur. Martin is certain the latter will prevail.

He attributed much of his theory to the ultimate success of Montreal-based Amaya Gaming. After completing the $4.9 billion acquisition of Rational Group’s PokerStars and Full Tilt in 2014, Amaya has undertaken a mission to rule the online gambling realm throughout all corners of the globe.

“It’s actually great that Amaya has moved forward with the purchase of the Rational Group and it’s building out its various platforms,” Martin told CalvinAyre.com in late July. He says with the company’s subsequent approval by the Toronto Stock Exchange, with CPP (Canada Pension Plan) being a major shareholder, the nation should look kindly upon Amaya as a worthy licensee of Canadian online gambling services.

Amaya is already boring its way into the US iGaming market, with New Jersey likely to be its first regulated destination via PokerStars. The brand has been awaiting approval for licensure since 2013, but Martin agrees with Amaya CEO David Baazov that PokerStars will eventually—and sooner, rather than later—be authorized in Garden State.

“I absolutely think they should be allowed in,” said Martin, adding, “I think it is probable that they will be.” If and when Canada regulates online gambling, Amaya will surely be one of the first operators approved there.