UK based online gambling giant bwin.party Digital Entertainment put itself on the proverbial auction block last year. A number of suitors have shown interest, each submitting their bids for the company and its globally marketed services. Last week, it was announced that bwin.party and Gibraltar’s 888 Holdings had reached a firm agreement for £900 million (about $1.4 billion USD), but it seems one suitor isn’t willing to throw in the towel so easily.

Isle of Man based gambling investment firm GVC Holdings and Canada’s Amaya Gaming had been pushing hard to sink their teeth into a bwin.party acquisition all along. Amaya Gaming has undertaken a buyer-savvy position in the online gambling market over the last few years now, highlighted by its procurement of Rational Group, parent of the world’s largest online poker operator, PokerStars, and sister-site Full Tilt in 2014.

However, when the duo submitted a somewhat higher bid for bwin.party than 888, they found the company acquiesce more to the offer from their Gibraltar-based rival.

Bwin.party confirmed on Monday that GVC, without the backing of Amaya, had increased their offer to an even £1 billion ($1.56 billion USD).

Battle of the Ages: Who Wants bwin.party More? 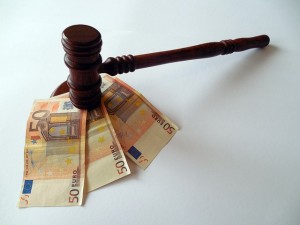 Before confirming that 888 Holdings bid of $1.4 billion had been accepted, the pair of GVC and Amaya had actually submitted a higher bid of £908 million (almost $1.42 billion USD). Advisors cautioned that the Canadian-based Amaya’s offer had less growth potential and was too complex for their liking, thus the slightly inferior bid was accepted.

But ownership of bwin.party Digital Entertainment would have given Amaya Gaming a whole new foothold in the US market, and considering the difficulties the company has undergone in the last two years trying to get PokerStars’ foot in the door, it’s somewhat surprising that Amaya isn’t a part of the new bid.

Bwin.party supplies the software for the largest online poker network in New Jersey, Party Borgata, which operates Party Poker NJ and Borgata Poker. At the same time, 888 operates the state’s other two major players, 888poker and WSOP NJ. Were 888 to take over bwin.party, it would possess a virtual monopoly of online poker sites, not just in New Jersey, but all three states where iGaming is legally regulated.

888 Holdings already lays claim to all three of Delaware’s iGaming websites, would take control of all four iPoker operators in New Jersey, and is responsible for WSOP.com in Nevada. WSOP NV’s only rival is South Point’s Real Gaming, which attracts only around 7% of the internet poker population in the Silver State.

No Response to New GVC Bid Yet

Upon confirming that the higher, billion-pound bid had been received, bwin.party directors gave no official comment on the increased interest from the Isle of Man based gambling firm. Bwin.party said it would respond to the proposal in due time.

888 had no comment on the situation either, declining to state whether they intend to counter with a higher bid of their own. Analysts, however, are fairly certain that 888 won’t let the UK gaming giant slip through their fingers so easily.

“This is a real statement of intent from GVC,” said an analyst from Davy Research. “The proposed premium over the accepted offer by 888 is such that the bwin.party board will probably have no choice but to reconsider its acceptance of the 888 offer.”

That being the most likely case, the research analyst concluded, “We would be surprised if 888 does not come back with a counter-offer of its own.”

GVC said the deal would be financed in part by new GVC shares, and the rest delivered as £400 million cash via senior secured loan.