In terms of expansion, Scientific Games has been on the warpath lately. The company’s strategic acquisitions and contractual success throughout the globe has been phenomenal. Now, the live and interactive games giant has secured new contracts to deliver online lottery services in Canada and two US states.

The Lottery divisions in the US states of Iowa and Arizona have both extended their existing partnerships with Scientific Games to provide live and online lottery services.

In Iowa, the renewed deal will see Scientific Games provide all content for state’s online lottery website, as well as working with retailers to provide dynamic content for the Iowa Lottery through 2019. In addition, SG Interactive will take on the task of developing the very first mobile lottery application in Iowa. 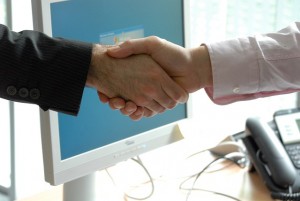 “Scientific Games has been our trusted systems provider for nearly 20 years, providing the Iowa Lottery with a high level of operational integrity and technology that has helped drive growth and improve security,” said Iowa Lottery CEO Terry Rich. “They are a valued partner in our mission to generate revenues for the state of Iowa while providing fun, entertaining lottery games and promotions to Iowans.”

Near 1,400 miles to the southwest, SG Interactive will continue to work in tandem with the Arizona Lottery to facilitate the management of multifarious aspects of the state’s online lottery sales. These include software management, self-serve technology for players, operations of central computer systems, data center operators, retailer telecommunications networking and retail point-of-sale management.

“Scientific Games, as an industry leader in innovation, gives us the best opportunity for significant retail sales growth in an ever-changing environment,” extolled Tony Bouie, Executive Director of the Arizona Lottery.

The Arizona Lottery is one of the online gaming giant’s longest standing partners, dating back to their first contractual agreement in 1981. The duo’s previous contract was set to expire to expire in January, 2016. The renewed partnership will see the two working side by side to provide superior gaming services to Arizonans for many years to come.

Scientific Games also picked up a deal with Loto Quebec, the sole provider of authorized gambling activities in the Canadian province. As per the new contract, the company will implement its SG Interactive technologies on the Loto Quebec website to deliver new real money gambling content to residents of the eastern Canadian province.

In turn, Loto Quebec will be granted access to live and online gambling products from several of Scientific Games leading subsidiaries, including Bally Technologies, Barcrest, Shuffle Master and WMS Gaming, three of which were acquired by the online lottery and gaming giant in the last 12 months (all but Barcrest, acquired in 2011).

Loto Quebec’s General Manager, Luc Morin, expressed his enthusiasm over the new deal. “With the addition of online real money game content from SG Interactive, we’re strategically tapping into the full breadth of offerings from Scientific Games to do just that,” said Morin.

SG Interactive President, Jordan Levin, was equally pleased with the new deal. “Loto Quebec has always been at the forefront of regulated gaming in North America, and we’re thrilled to provide a robust library of online real money game content for espacejeux.com.” He went on to detail Scientific Games’ ongoing collaboration with the British Columbia Lottery Corp (BCLC), Ontario Lottery and Gaming Corp (OLGC), granting SG Interactive the ability “to serve the majority of Canada’s online players.”