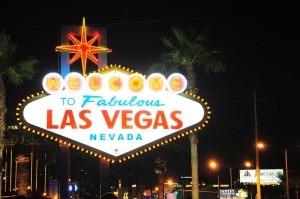 Just about every region of the world has its own localized gambling industry, but did you ever think you’d find a virtual-Vegas in a laboratory? That’s essentially what a group of researchers fabricated when they built a Lab Rats Casino, mimicking the flashing lights and resounding noise of a traditional casino environment.

The study was conducted by a team of researchers that included Associate Professor Catharine Winstanley and Michael Barrus, PhD, colleagues in the Department of Psychology at Canada’s University of British Columbia.

The results were published in the Journal of Neuroscience: ‘Effects of Prefrontal Cortical Inactivation on Neural Activity in the Ventral Tegmental Area’.

The idea behind the study was to pinpoint a specific source for the cause of gambling addiction, which Winstanley compared closely to drug addiction. She noted the intense “sensory stimulation” inflicted upon players from the moment they enter a casino.

However, she also admitted that, “it seemed…like a stupid thing to do, because it didn’t seem like adding lights and sound would have much of an impact. But when we ran the study,” she said they found “the effect was enormous.”

In the beginning, researchers enticed 32 male rats to gamble by giving them options with a chance to win a sugary snack. Being undeniably intelligent creatures, they were quickly able to discern between good selections that delivered more frequent treats, as opposed to riskier decision that rarely awarded anything.

However, once half of the subjects were transitioned to the brilliant lights and sounds of the lab rats casino environment, their strategic decision making capabilities took a turn for the worse. The rats no longer shied away from unrewarding opportunities, drawn to the sensory stimulations in such a way that they displayed the exact same behavior as problem gamblers.

Winstanley described a specific dopamine receptor in the brain known as the D3 Dopamine Receptor, which has previously been linked to other forms of addictive behavior. In phase two of the experiment, the researchers gave the rats a drug designed to block the D3 receptor, and were rewarded with the precise outcome they had hoped for.

The lab rats no longer displayed the risk-taking behavior they had prior to receiving the drug. The lights were still active, the sounds still reverberating throughout the virtual rats casino, but they no longer responded to the stimulation, instead making similar decisions to their original behavior prior to integration of lights and sound.

It was also observed that, among the rats that were not exposed to sensory stimulation, the dopamine blocking drug seemed to have no effect on their behavior.

Dr. Barrus noted that, “This brain receptor is also really important to drug addiction, so our findings help support the idea that risky behavior across different vices might have a common biological cause.”

In undertaking the lab rats’ casino study, Professor Winstanely was under no delusions that the abundance of noise and flashing lights found in casinos were an accident. While neuroscientists have spent decades seeking out ways to curb gambling addiction and other compulsive behaviorisms, the gambling industry obviously discovered years ago how to induce such qualities in its players.