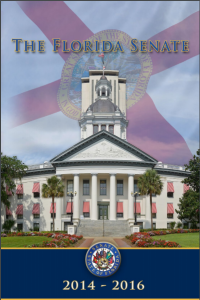 After months of stalemate, Florida Governor Rick Scott and the Seminole Tribe finally hammered out the details of a new State Tribal Gaming Compact in December 2015. The previous 5-year compact had expired over the summer. This new agreement would have guaranteed at least $3 billion in revenue to the state over 7 years, but legislators chose to “pull the plug” on the bill on Friday.

This is the last week the Florida State Legislature will be in session, ending March 11, and GOP members have made it clear they will not be revisiting the casino gambling bill. Its failure has been pinned on the presence of a companion bill that stalled in the Senate.

State Representative Jose Felix Diaz [R-Miami], who personally lent his attention to compact negotiations with the Seminole Tribe, explained his view of the newly dissolved situation.

“Going into today we knew full well that the gaming bills were on life support,” said Rep. Diaz. “The House was hoping for a miracle, but by the close of the day we saw one was not coming and had no option but to pull the plug.”

The fact that the Republican-controlled House was in favor of a casino expansion bill is remarkable in and of itself. In the last six years, the House has shown abhorrence to any piece of legislation that suggested an expansion of gambling in South Florida. But the new compact’s valuable revenue potential clearly piqued their interest.

Had the State Tribal Gaming Compact made its way into the Floridian law books, it would have provided a guaranteed $3 billion in revenue to the state and local government coffers. The Seminole Tribe, which already had exclusive rights to offer live, banked table games like blackjack in that state, would have retained that right, as well as earning the exclusive privilege to install craps and roulette tables at 7 of its Florida casinos.

As per the original compact, the Palm Beach Kennel Club would have been permitted to install slot machines on the premises, and another casino license would have been available for Miami-Dade County. But by the time the Senate got ahold of the bill, it had been altered rather drastically.

From the moment Tribal leaders and Gov. Scott signed the new compact, state gaming lobbyists began pushing a throng of amendments, many of which were attached to the legislation as a companion bill.

Three new counties were added to the list of jurisdictions that would be able to install slot machines at tracks, including Gretna Racing in North Florida’s Gadsden County, along with other tracks and jai alai frontons in the southern counties of Brevard and Lee.

Senate leaders became less affable to the gambling legislation with the added expansions, causing them to reject the compact altogether.

Sen. Tom Lee [R-Brandon] explained the situation in his words. “Every time you put a gaming bill up in the Florida Legislature it’s like throwing a side of beef into a shark tank.”

On Friday, a representative from the tribe said the Seminoles’ would not comment on the rejection of the compact, but the disappointment in the air among both tribal leaders and state officials could be cut with a knife.