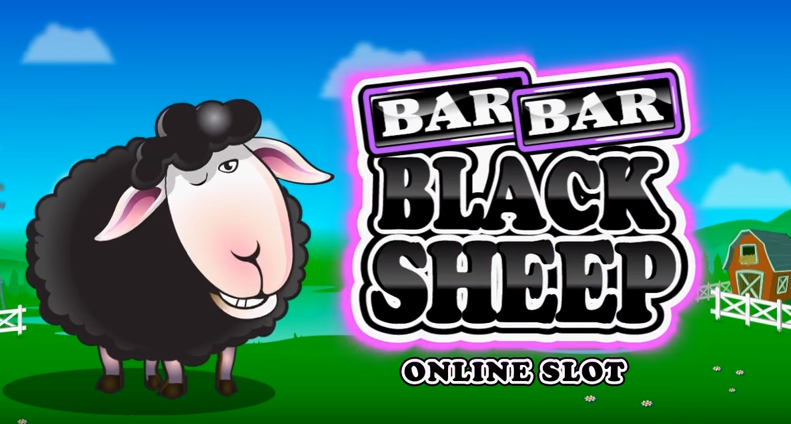 There’s a lot happening down on the farm these days. Those lively lambs are at it again in Microgaming’s updated release of an old online slot favorite, Bar Bar Black Sheep. This time around, the developer has added some new features, as well as expanding the reel-set to a 5×3 grid.

The original Bar Bar Black Sheep was released in the mid 2000’s as a rather simple 3-reel slot machine with just one payline. It didn’t even have any special features to speak of, with its satiric parody of the old nursery rhyme being its main attraction for online slots fans. That version was also converted to a mini-slot side game for Microgaming’s online bingo software in 2009.

The new version of Bar Bar Black Sheep is much more advanced, and will surely have greater appeal for today’s slots lovers who prefer more feature-rich games. Microgaming has upped the ante with 5 reels, 15 paylines, more humorous antics among the livestock, a new on-screen bonus that can award up to 999x a player’s line-bet, and free spins with 3x multipliers.

The world’s leading interactive games developer is set to release the new online slot to the multitude of Microgaming powered online casinos in early April 2016.

The 5-reel version of Bar Bar Black Sheep comes with 15 fixed paylines, meaning all paylines are automatically played and active. That’s puts the minimum/maximum bet per spin at $0.15/$150.

The barnyard / farm motif is mimicked with amusing animations and thematic symbols that include black and white sheep, barns, bags of wool, an array of crops (apples, oranges, watermelon, corn, and eggplant) and, of course, the classic ‘BAR’ symbol.

The Bar Bar Black Sheep logo is the Wild, standing in place of any other symbol (except Scatters) to help create winning combinations across the reels.

The Bag of Wool, clearly marked with the words ‘Free Spins’, is the new online slot’s Scatter symbol. When 3 or more appear anywhere on the reels in a single spin, the player earns – you guessed it – free spins. 3 scatters is worth 8 free spins, with a maximum of 20 free spins for landing 5 Bags of Wool.

During free spins, the reels’ background changes to black, signifying the initiation of a special feature. All payouts are increased with a 3x multiplier during this time. It is also possible to retrigger free spins if another 3+ scatters appear on the reels during the free spin phase.

The game’s most exceptional new feature – one clearly derived from its name – occurs when a Bar, Bar and Black Sheep appear in that order on a single payline. When this occurs, a golden X appears to the right of the sheep as the three triggering symbols fade to golden numbers. The numbers will spin like reels, stopping on a 3-digit combination that denotes what number the line-bet is going to be multiplied by. The highest possible multiplier is 999, which would pay 999x the line bet, or a maximum of 190,000 credits.