For most people, a typical Friday night will find them out at the bar with friends, out on a date, or piled on the sofa for family movie night. Then there’s those of us who prefer to spend our entertainment dollars at the casino, playing the slot machines or blackjack tables in hopes of returning home with more than we had in our pockets than we arrived. For one very lucky Michigan woman, it wasn’t her pockets that were filled, but her driveway.

Gladys Noble-Lemon has spent the last five years planning regular trips across the national border from her home in Chesterfield, Michigan to Ontario, Canada, where she enjoys the vast gaming floor of the OLG Casino Point Edward. The slots take up the majority of her wagering dollars, and while she’s surely enjoyed a few decently profitable rendezvous in that amount of time, she admits she’s never won any considerable prize. That is, until she took advantage of a special slots promotion on her last trip on Friday, April 22.

Ms. Noble-Lemon was playing the ‘Rich Girl‘ slot machine that evening, which just happened to be one of 8 slots connected to the OLG Casino Point Edward’s special ‘Car Bank’ slots promotion. As she spun the reels, they eventually landed in perfect order, aligning all of the necessary symbols to release the exclusive jackpot prize.

It wasn’t an exorbitant amount of cash, though. This time, the slots promo guaranteed something much more substantial. Gladys found herself in the driver’s seat of a brand new, shiny red automobile – a 2016 Ford Mustang Convertible, to be precise. 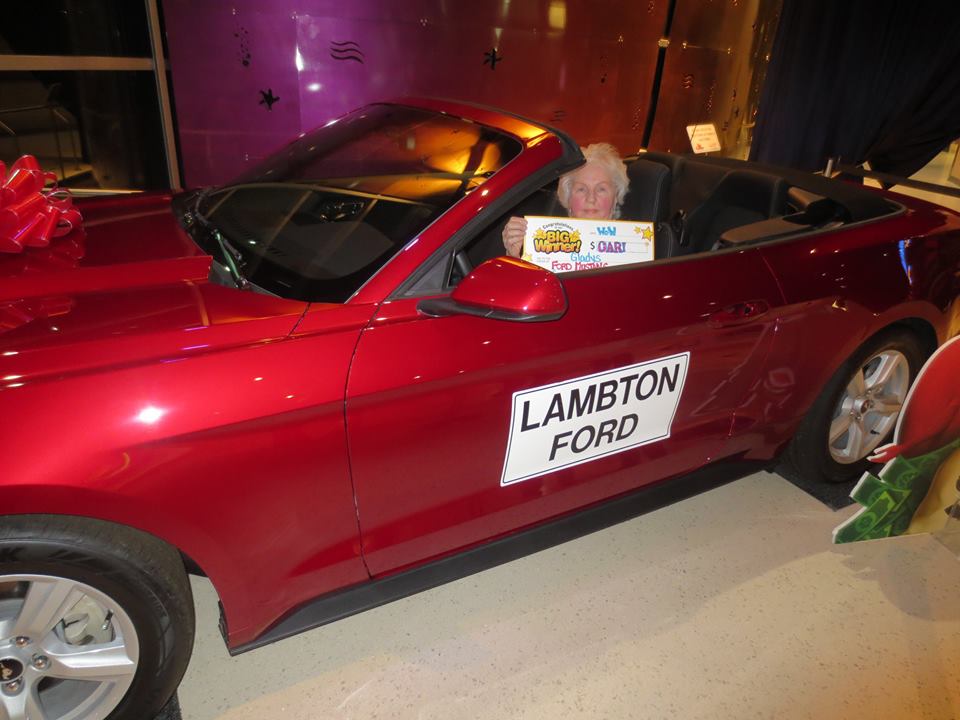 The lucky winner was beside herself when she realized what had just happened. “I was so surprised and shocked,” said Ms. Noble-Lemon in a statement to the OLG Casino staff. “I never won anything before in my life!” she exclaimed.

Managers of the casino were extremely proud to announce the Michigan woman’s fortuitous evening at the slots. A triad of photos were posted on the OLG Casino Point Edward Facebook page, followed by this congratulatory statement:

“#‎BigWinner‬! Congratulations to Gladys for winning a brand new 2016 Ford Mustang Convertible on April 22! Gladys was playing our Car Bank machines that features a brand new car that you can win. ‪#‎PointEdwardCasino‬ ‪#‎FunWinsEveryTime‬” 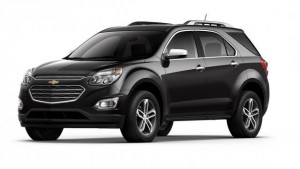 Her tremendous win marks the second vehicle OLG Casino Point Edward has given away in its Car Bank slots machine promotion in barelymore than a month. On March 21, 2016, another lucky winner, who chose to remain anonymous, was awarded a black 2016 Chevrolet Equinox. That fantastic win was also announced with the following Facebook post by the OLG Casino staff.

“Exciting news! On Monday March 21 in the eveing [sic], one lucky winner drove away with a brand new 2016 Chevrolet Equinox playing on our car prize bank! Our next car bank prize is a red Mustang convertible! ‪#‎Bigwinner‬ ‪#‎FunWinsEveryTime‬”

As we now know, dear Gladys was the winner of that beautiful new Mustang convertible. Our sincere congratulations go out to both winners of the casino’s slots promotion!