It’s been a long, hard road for the Cowlitz Tribe of southwest Washington. For the last decade, the tribe has fought off legal disputes in its unyielding desire to build a $500 million casino on the Cowlitz Reservation. With all distractions finally behind them, the plans, including an artistic rendering, and the name of the new casino have been revealed.

The gambling hall has been affectionately named, “Ilani Casino“. The term ‘Ilani‘ has great meaning among the Native American tribe. The Cowlitz spiritual leader, Tanna Engdahl, explained that the word translates to “sing” in their language, but that it has much more meaning than that for members of the tribe.

At yesterday’s unveiling, Engdahl described ‘Ilani’ as, “the memory of the songs we sang throughout the centuries on the long journey to this time.” On behalf of the Cowlitz, she said, “it means so much to us to know that in all of our songs, we did not have a song for defeat – so we never learned how to give up.” 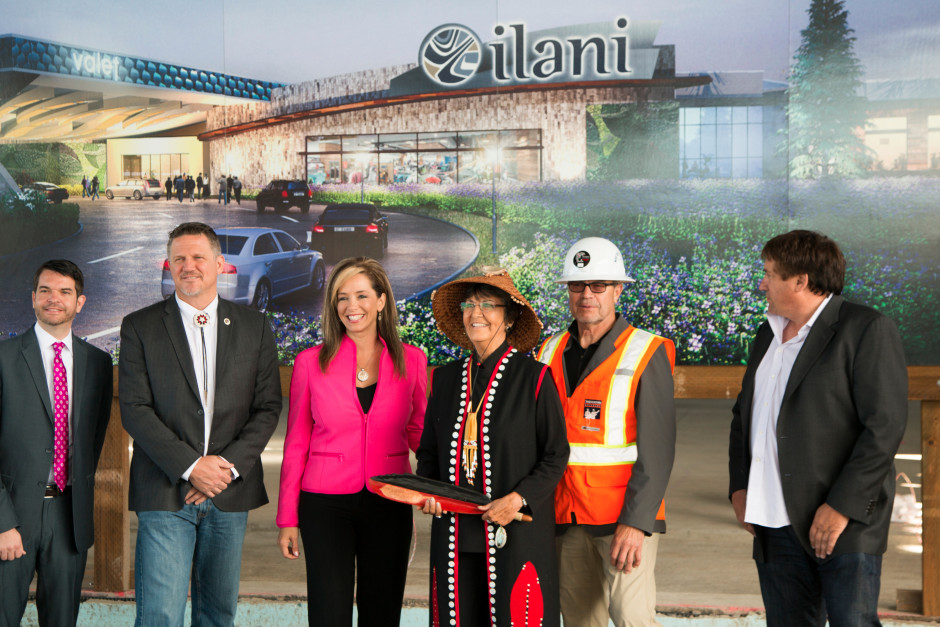 That sentiment couldn’t be more appropriate. The Cowlitz Tribe fought off numerous legal disputes over the last decade, instigated by Clark County, the City of Vancouver and others who argued the $500 million project would decimate the revenue at places like Wood Village Casino near Portland, Oregon. Throughout that time, construction of the new casino was continuously impeded by court filed injunctions.

The Cowlitz Tribe originally teamed up with the Mohegan Tribe 12 years ago in a partnership to develop the then-unnamed Ilani Casino. Bill Iyall, Chairman of the Cowlitz Tribe, confirmed that the new facility is inspired by the magnificence of their partner’s Mohegan Sun Casino in Connecticut.

With 10 years worth of legal battles finally won, Iyall spoke proudly at the unveiling ceremony, telling all in attendance that the new casino is much more than a decade in the making and that it’s a commemeration of the tribe’s legacy.

“This is a culmination of 160 years, truly, of effort to get our land base, but also to return an economic base for the future, a very prosperous future, of our Cowlitz people,” declared the tribal chairman.

The plans for Ilani Casino include the construction of a 368,000 square foot facility, making it the largest in Washington, and the closest to the city of Portland, with the site just 15 miles away from the Oregon city’s metropolitan area, and 17 miles north of Vancouver, WA.

The new casino will play host to 2,500 slot machines and 80 table games. Ilani is slated to feature 15 bars, restaurants and retail shops, along with a massive 2,500-seat entertainment and convention center.

Situated just off Interstate 5, Ilani Casino is expected to generate 1,000 jobs for the community, and is scheduled to open in Spring 2017.