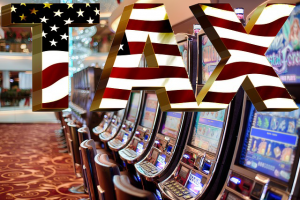 In every region of the world, slot machine taxes are always higher than levies on table games. All casino operators knew that when they went into business. The payments they make to their respective jurisdictions generally help to fund their government, as well as major community programs and non-profits. But in Pennsylvania, one casino is arguing that their tax assessments are not only too high, they are unconstitutional.

After passing the necessary legislation in 2004, PA saw its first slots casino – Mohegan Sun in Plains Township, just outside of Wilkes-Barre – open its doors in 2006. More popped up over time, and now the state plays host to 12 full-fledged casinos. Of those, 9 could be effected by a lawsuit filed by Mount Airy Casino in Aprila 2015.

Because the lawsuit claimed that the state’s slot machines taxes were unconstitutional, the case went directly to the Supreme Court. No other casinos have become involved in the litigation, but there are certainly 8 other locations whose managers are crossing their fingers for a Mount Airy win. 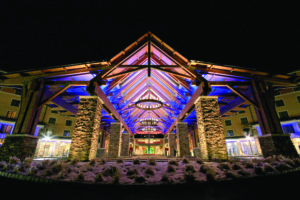 Mount Airy Casino is arguing that PA casinos should not be required to pay 2% of their annual slot machine revenue, or $10 million (whichever is higher) to their local county and host municipality. Under the current laws, via the Gaming Act of 2004, nine of the state’s casinos having been shelling out way more than 2% of their slots revenue to cover the minimum $10 million requirement.

Mount Airy says the “floor tax” is unconstitutional, and that PA casinos should only have to pay the 2% on gross slots revenue, whatever that amount may be.

Casino operators weren’t complaining back when the slot machine taxes were first established; more than happy to be given permission to open those gambling destinations in the first place. But now, since revenue hasn’t been nearly high enough to cover the minimum $10 million – Mount Airy had to dig deep for $7.2 million in 2015 to cover the excess – the matter will be left up to the Supreme Court.

Over in Erie County, the Presque Isle Downs & Casino only generated enough revenue to pay less than a quarter of the minimum payment in 2015, forced to give about $7.7 million more to the county and it’s host, Summit Township.

The law limits the host county to receive no more than half of it’ annual budget, which gives Erie County about $1 million, with the other $9 million going to Summit Township. However, with Summit Township being a Class 2 location, the law also requires the casino pays an additional 2% of gross terminal revenue to the county each year, bringing Presque Isle’s 2015 contribution to over $12 million.

Win for Mount Airy = A Loss for Hosts

Erie County distributes about half of its fee through an independent body called the Erie County Gaming Revenue Authority, or ECGRA. This organization assess applications for grants, non-profits and other causes, and distributes the money accordingly.

Just last week, the ECGRA allocated $152k in grants across 21 recipients, including a $9,200 grant to the Erie Police Athletic League to fund an after-school mentoring program at the district’s Pfeiffer-Burleigh Elementary School.

ECGRA Executive Director Perry Wood said that, without the minimum $10 million requirement in slot machine taxes, “We wouldn’t be able to support the hundreds of great nonprofits that are working on improving the quality of life in this community.”

A spokesman for the County Commissioners Association of Pennsylvania, Ken Kroski said a win for Mount Airy would spark a series of inquiries as “the affected counties and municipalities will be evaluating the impact, working with their legislators” to hammer out the details of potential changes to the state’s gambling laws.

When the General Assembly scripted the Gaming Act of 2004, the main purpose was to provide “a significant source” of new local and state revenue. The minimum $10 million “floor tax” guarantees that goal is met. If legislators had foreseen the lawsuit from Mount Airy, there’s every chance Pennsylvania lawmakers wouldn’t have amended the laws to permit casinos in the first place.