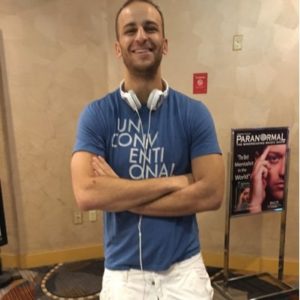 “Poker is a game of skill.”

We’ve heard this phrase repeated so many times, especially in the last decade as online poker sites plead their rightful case to legislative bodies around the globe. What kind of skill, though? Is it a mental skill, requiring a savant’s level of mathematics? Is it a psychological skill, surreptitiously overpowering the minds of one’s opponents? Is it a keen aptitude for following one’s finely-honed instincts?

According to Canadian poker pro Sorel Mizzi, instinctual poker should be taken a lot more seriously. He is no math whiz, or psychology major. He’s just really good at following his instincts. So good, in fact, that he’s raked in nearly CA-$15 million in live poker tournaments, and several million more on the virtual felt.

As a young boy – the youngest of three brothers growing up in Toronto, Ontario – Sorel Mizzi loved playing games, and had a distinct propensity for wagering on the outcome. He loved to place bets on pretty much anything, from who would win that night’s episode of Wheel of Fortune, to a friendly game of Scrabble with the family.

He discovered poker during his years at A. Y. Jackson Secondary School. He began playing regular home games amongst friends, and soon after starting college, took his new hobby into the digital realm of online poker.

It wasn’t long before his moniker, ‘Imper1um‘, became well known – and thoroughly feared – at Full Tilt Poker. He was running deep in online tournaments and his name often appeared on the leaderboards of the operator’s famed FTOPS events.

Mizzi opened another account on PokerStars, where he was known as ‘Zangbezan24‘. Again, his instinctual poker game earned him more big tournament cashes, including a number of 6-figure pulls in PokerStars’ Sunday Warm-Up, $750k GTD and SCOOP events. 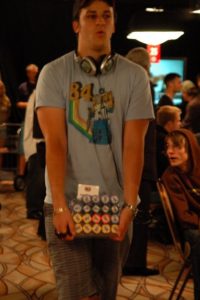 Sorel has been a fierce presence on the live circuit since 2006. In his first five years alone, snagged 64 chases (18 at WSOP events), landing a seat in 31 final tables and winning 8 of them outright for more than US-$4 million. Since then, he’s increased his live career winnings to more than US-$11.28 million (CA-$14.95 million).

The Canadian poker pro’s largest cash came in 2013 at the Main Event of the GuangDong Asia Millions in Macau. He finished 3rd for US-$2.07 million. A 2nd place finish in the Aussie Millions at Crown Melbourne in 2014 earned him another AU-$1 million.

At just 30 years of age, Mizzi describes his profession as a “suck-out artist”, using his finely-tuned poker instincts to siphon the chips from his opponents’ stacks and into his own. He’s not just one of the most active Canadian poker pros on the live circuit, he’s clearly one of the most successful, as well, proving that instinctual poker is not just a myth.