I’m a huge fan of medieval legend and lore. I’m sure many of you readers out there are, too. From the mighty King Arthur and his mystical wizard Merlin, to Robin Hood and the mythical Fountain of Youth, tales of this nature have long stood the test of time. For those who play mobile casinos, I’ve put together a list of the best medieval slots online for real money.

The medieval slots theme is a rather popular one. Microgaming has centered several of its games around Arthurian legend, including titles like King Arthur, King Cashalot, Avalon, and Xcalibur. Other software developers have done the same, ensuring their licenced mobile casinos offer plenty of medieval themes for players like myself. 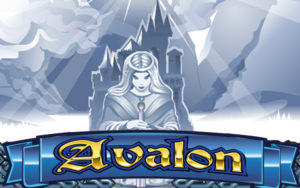 Microgaming’s Avalon Slot is one of the absolute best medieval slots ever released. Dating back to 2006, it was digitally remastered a few years back. This game takes players into the mythical real of Avalon, where the famed Lady of the Lake offered Excalibur to King Arthur. As legend has it, he also spent his final hours here after enduring his final battle with Mordred at Camlenn.

There are no fanciful bonus rounds in this game, but what it lacks in second-screen features, it more than makes up for in profitability. During the base game, the Avalon symbol is wild, and when 3+ Lady of the Lake symbols appear, it activates 12 re-triggerable free spins with 7x multipliers. A second wild, the Treasure Chest, also appears during free spins, increasing the game’s profit potential to mythical heights. 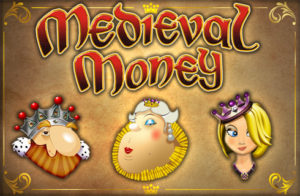 This IGT games take a more comical approach to the medieval slots theme, featuring a pudgy king and queen, bumbling big-nosed knight, smirking princess, and a perceptible flock of chickens who often squawk in the background. The Medieval Money Slot is packed with 5 reels, 20 paylines, and more bonus features than you can shake a jousting lance at.

The Medieval Money logo offers scatter pays, the Jester Hat is wild, and the Archery Target is the Bonus symbol. When three bonus symbols appear on the reels, it triggers the Archery Picker game, where players select a target to reveal what feature they’ll play – the Money Bags Picker (instant credits), Jousting Free Spins (7 spins with Wild Expansion), the Spell Picker (win 5x to 100x the total bet), or the Dragon Path Bonus (wheel spinning game with multiple prizes). 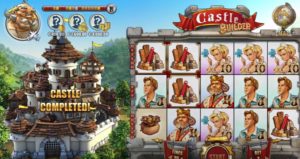 One of Microgaming’s most unique creations yet, the Castle Builder Slot is not just a reel spinner, but a multi-level role playing game in which players are able to traverse the adventure map, collect materials and build an assortment of stylish castles along the way. And, of course, there are multiple princesses to impress throughout the adventure.

In the base game, there are 5 reels and 20 paylines. There are no Scatter symbols, but there are four different bonus rounds that can be triggered. All in all, this is one of the most entertaining medieval slots online, and well worth playing. If you manage to pass all four levels, don’t worry. Microgaming just announced the upcoming release of Castle Builder II, the long-awaited sequel.