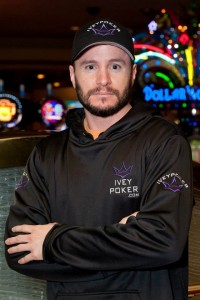 The WPT Fallsview Poker Classic is one of the most prestigious gambling events in all of Canada, held every February at the Niagara Fallsview Casino Resort in Ontario. To win a trophy is quite an accomplishment. To win the same trophy 3 times in just 4 years, as Canadian poker pro Mike Leah has done, is beyond astonishing!

Leah isn’t the first to accomplish such a marvelous feat. Poker phenom Phil Ivey took down the famed Aussie Millions’ $250k Challenge in 2012, 2014 and 2015. Carl Carodenuto routed the Mid-States Poker Tour (MSPT) in 2015, and twice in 2016 (once as a defending champion). But in Mike Leah’s case, there was a lot more competition involved.

The 2017 Fallsview Poker Classic, part of the esteemed World Poker Tour, was held in Canada, just north of the majestic Niagara Falls from February 17-24. Leah was especially looking forward to the C$1,100 NLHE event; his number one priority being to win the tournament for a third time.

The 1,524 field brought the total prize pool to C$1,366,311, guaranteeing C$244,244 to the winner. That honor, of course, went to the Innisfil, Ontario native as Leah whittled his way through the competition, defeating a final table brimming with fellow Canadian poker pros like Thomas Taylor and Dan Kalpakis.

For Mike, playing major poker tournaments in Canada – his “own backyard”, as he calls it – is the best. In an exclusive interview with CardsChat, he attributed his third victory in four years at this same event to a number of reasons.

Leah said that, because this is the only major poker event held in the area – and it only happens once a year – he feels the majority of the field is always a bit a soft in the $1,100 NHLE event. He also admitted that, this year, due to his previous two wins, he felt that he was being given an easier ride by his opponents.

“I think a lot of the players here give me too much respect and let me get away with quite a few things,” Leah quipped.

But in the end, he said “it was a combination of all that” – the softer field, the esteemed admiration of his piers, and Mike Leah’s sheer motivation to three-peat at the WT Fallview Poker Classic – that led to his ultimate victory.