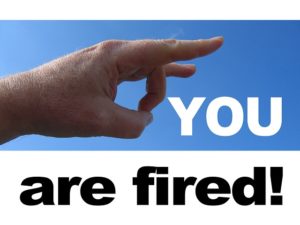 There are currently two Niagara Falls casinos in southern Ontario. That number could be cut to one if the Ontario Lottery and Gaming Corporation (OLG) goes through with its RFP (request for proposals) to hire a new operator to manage the facilities. According to reports, the new operator is inevitable, and could result in 1,400 jobs lost.

Reports indicate that Falls Management, the current operator of both Niagara Falls casinos – Casino Niagara and the newer Fallsview Casino Resort – was informed that, when the its contract with OLG expires, the regulator will not negotiate a renewal. Instead, the OLG is intent on finding a new operator, with the end goal being to generate more profits for the Ontario government.

Experts and analysts have been adamant that the government’s intense drive to increase revenue will inevitably result in the new operator – whoever it may be – closing the doors of the older property, Casino Niagara, for good. If (more likely, when) this happens, it will send 1,400 staff members to the unemployment lines.

James Culic, a journalist with Niagara This Week, offered his harsh but realistic opinion that Ontario’s Liberals are to blame for the whole mess.

“The only reason the Ontario Liberals are even considering this option is because they’ve done such a remarkably terrible job managing the provincial finances – $300 billion in debt and rising – that they need to start putting the screws to agencies like Ontario Lottery and Gaming for every ounce of profit,” wrote Culic.

“The Liberals made absurd billion dollar spending promises in the last election, and then realized they didn’t have the money to back it up. Hence the fire sale at Hydro One, and also the mad scramble to scrape a few more bucks from the Niagara casinos,” he conjectured.

Both Niagara Falls casinos have been extremely profitable, but that doesn’t seem to make a difference. Analysts believe the OLG’s real goal is to shut down one casino, cutting operational costs while assuming that the lone property will generate so much revenue, it covers the loss of the other.

City Leaders Up In Arms, To No Avail

Niagara Falls mayor Jim Diodati (shown right) and Niagara Region chair Alan Caslin have been very vocal in their aversion to the plan. Both are scheduled to join casino workers in a rally outside Fallsview Casino later today.

Despite their efforts to stop the government from going through with the plan, imploring officials to reconsider, any hopes they may have had were dashed by a letter from Finance Minister Charles Sousa. The letter essentially told Diodati that it’s too little, too late. The OLG will proceed with the hiring of a new operator.

The letter did not, however, mention the 1,400 jobs that will be lost if one of the Niagara Falls casinos is shut down – the primary argument of Diodati in his original letter to Sousa begging the minister to reconsider the RFP.

The mayor requested the process to be terminated and reinstated under the same guidelines of the last RFP held in 1996. That version specifically called for “job creation” and “economic development” for Niagara Falls; something the OLG’s current RFP ominously omitted.