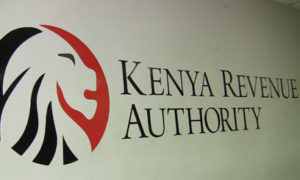 Gambling taxes have always been a big issue for all regions where any form of wagering is legal. If a government sets them too high, they are accused of proliferating problem gambling out of greed. That’s exactly what’s happening in Kenya, where leaders want to raise the taxes so high, it could drive operators right out of business.

If you thought the gambling taxes were high in your neck of the woods, well, you’re probably right. But chances are, they’re not nearly so high as what Kenya’s Treasury Cabinet Secretary Henry Rotich is proposing. In the 2017/18 Budget, he’s proposing all forms of betting be taxed at an irrational 50%.

It’s not certain at this point whether CS Rotich is looking to tax only gambling operators at 50%, or whether his plan would collect half of a winner’s proceeds as well. If that’s the case, most gamblers will surely take their wagers underground, where unsavory black market betting awaits.

We’ve all come to expect increases in taxes with each passing legislative budget session. Cigarette taxes may go up a bit. Fuel prices rise incrementally. But a 50% gambling tax hike would be beyond ridiculous when compared to the current rates.

Kenya presently taxes different forms of betting at different rates, but none nearly so high as Rotich’s new plan proposes. At present, lottery is taxed the highest at 15%. Casino gambling is taxed a 12%. Traditional betting (sports, racing, etc.) is taxed at the lowest rate of 7.5%.

A player’s winnings are supposed to be taxed at a rate of 20%, via a withholding tax, but operators have failed to collect them. The government has been unable to do anything about it because – as operators have pointed out time and again – the current laws are too ambiguous to enforce.

Kenya tried to pass a 20% gambling tax law in its 2011 Finance Bill, but it was repealed the following year. Then in 2013, it was reintroduced, much to the dismay of local gambling enthusiasts. They fought the legislation, petitioning the courts, but their efforts were ignored.

Up until now, the gambling withholding tax was mostly ignored, as well. 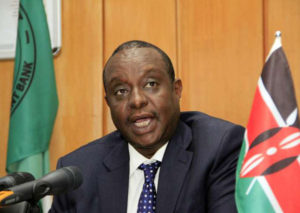 “Betting and Gaming have become widespread in our society in an environment that is inadequately regulated,” spat Rotich during his parliamentary budget speech last week. “Its expansion is beginning to have negative social effects in particular on the youth and the vulnerable members of the society.”

Kenya recently created a National Sports, Culture and Arts program aimed at getting local youths involved in athletics and cultural activities. Rotich said the proceeds of the new tax would be used to fund that endeavor, promoting youth development in the country.

But is boosting the operator’s tax (and possibly winner’s tax) to an illogical 50% going to solve anything? Gambling companies are already subject to intense competition in the region, surmounted by mandatorily high operational costs.

Such an exorbitant increase in gambling taxes may only serve to drive operators out of business, resulting in a multitude of negative impacts; namely the countless number of jobs that will be lost.