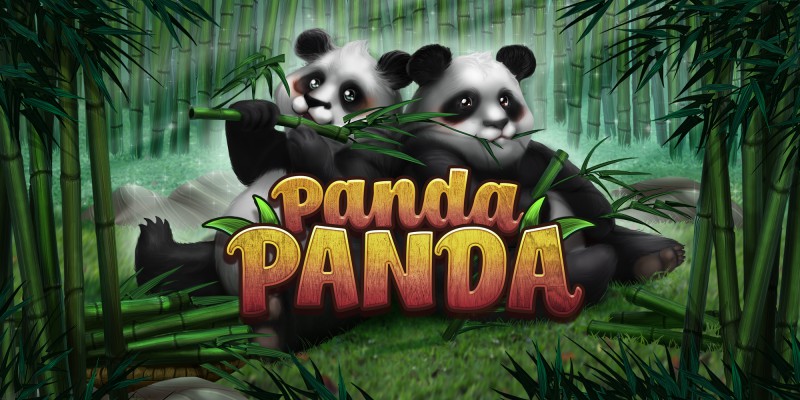 The guys at Habanero got creative with the 243 Ways payline system. This game gives it a twist. Panda Panda Slot can pay all ways left to right, or – if the total payout is higher – it will pay all lines right to left instead. Wherever the winnings are greatest, that’s the way it pays.

Panda Panda Slot was developed in HTML5, giving it ultimate optimization for all desktop, mobile and tablet devices. 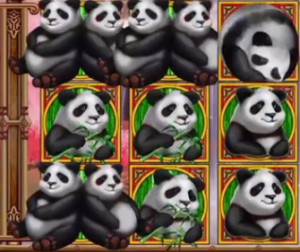 As always, Habanero has infused this new mobile casino slots game with stunningly rendered graphics, but it’s the animated ones that are sure to tug at your heart strings. The baby panda is the wild, happily munching away at his bamboo, and whenever one takes the place of another symbol to create a winning combination, it splits into two.

Why? Because nothing is cuter than a baby panda, except two baby pandas! (Hence the name, Panda Panda.)

Whenever two or more wild Panda symbols appear stacked on the reels, the pandas animate again, performing joyous somersaults, and if players hit a ‘Big Win’ the background changes to a field of bamboo where the pandas playfully twirl their way down the stalks in celebration, showering the screen with gold coins.

I know, the panda theme has been done time and time again. Up until now, Microgaming’s Untamed Panda was the king of the bamboo forest. But this is definitely the most adorable one to date.

Getting back to the topic of features, the scatter symbol has a very unique design. On the one hand, it’s a close-up image of a panda’s eye and surrounding face, but look closer, and it’s also a Yin Yang symbol. Very creative! Good job Habanero.

Landing three or more scatters on the reels awards 10 free spins. Players are guaranteed at least one wild symbol will appear on the reels during every free spin. Plus, every scatter that appears during the free games will automatically convert into a baby panda wild.

Last but not least, Panda Panda Slot features five progressive jackpots – yes, five! They are the Mini, Minor, Major, Grand and Mega jackpots. If you needed more reason to play, there you go.

I love it when these guys put out new slots titles. Habanero isn’t the largest online and mobile casino slots maker, so they don’t issue new releases all that often. The company has vowed to release 10 new titles in 2017, and the Panda Panda Slot marks the fourth thus far.

Habanero’s Head of Corporate Communications, Toni Karapetrov, was proud to announce the new game earlier this week. “Our latest release features stunning graphics and animation, and will surely prove to be a popular hit with anyone who likes pandas, and who doesn’t like Pandas??”

In January, Habaenro released the Fire Rooster Slot, in honor of this being the Year of the Rooster. Then in February, they went to market with Koi Gate Slot. In April, the Native American themed Bird of Thunder Slot took flight, followed by Panda Panda Slot on May 15.

Each of these new slots games are infused with amazing graphics and animations, and I for one cannot wait to see what Habanero delivers next.