Your new Apple iPhone or iPad may soon warn of excessive use. 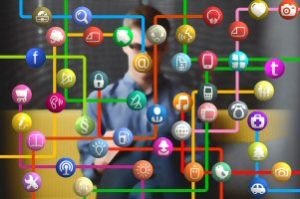 We love our technology. Smartphones and tablets have become vital parts of our everyday lives. If you’re old enough, you’ll remember when the only phone in the house was attached to the kitchen wall (with a cord), and pay phones were on every street corner. We survived just fine then, but today, could you live without our cell phone?

It’s not just a communication thing, either. If that were the case, there wouldn’t be a problem. In the old days of flip phones, they were nothing more than communication devices. We could call people, and if we really wanted to press all those buttons, we could text them. But now, we can do anything and everything, from buying merchandise, to paying bills, to playing real money casino games or sending unlimited selfies for our Snap-Chat friends.

They’re entertaining little devices, that’s for sure. So long as your smartphone or tablet has battery life in it, there’s always something to do to pass the time. But are they too entertaining? Have they become too invasive in our lives? Is this how technology will eventually destroy the human race, by making us mindless, drooling, unstoppable screen-tappers? 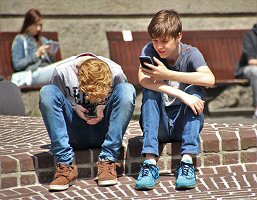 Do you have kids? Grandchildren? Nieces or nephews? If so, and they own a mobile device, chances are you’ve had a hard time communicating with them when they’re on it. They get so distracted by what’s happening on the screen, attempting to get their attention for a full minute can be like pulling teeth.

It’s not just the kids, either. I’ve seen adults at the grocery store so attached to their phone, their kids are pulling and tugging at them for attention, to no avail. Everyone needs attention now and then, but it’s the mobile technology that’s getting the majority of it.

The real question is, what do we do about it? We can say okay, I’ll put the phone away. Easy-peasy! But it will start beeping and chiming at you with notifications before long. Will you be able to resist the urge to check that notification?

Oh, it’s from Facebook. My friend’s uncle liked a new pic of his cousin’s dog. Let me just take a look…

We can’t ask app developers to stop bombing us with ads – they won’t. We could ask social media to lighten the notifications load – they won’t either. These companies make too much money off it. But what if the makers of the mobile tech we use were to do something?

Apple doesn’t need in-app purchases or ads to generate revenue. They don’t get kick-backs from Twitter or Instagram. They don’t need users to be addicted to their smartphones and tablets to keep them moving off the shelves. The truth is, Apple will continue to sell iPhones and iPads whether we’re over-using them or not.

Following multiple pleas from society protection agencies, Apple says it already has a plan in the works. They haven’t reveled any specific details yet, but it’s safe to assume that ad-blocking and notification minimization is a big part of it. Chances are, your next iPhone or iPad will be able to send a few extra notifications as well. Maybe something like:

Hey, you’ve spent 14 hours staring at Facebook this week, how about cutting back?

And the best part of all this is that Apple is the pioneer of just about every mobile tech innovation. What they do, others will always mimic. So if the new Apple iPhone allows you to set priority levels for notifications, block ads and deliver excessive usage warnings, every Android smartphone on the market (Samsung, LG, HTC, etc.) will soon be outfitted with the same features.