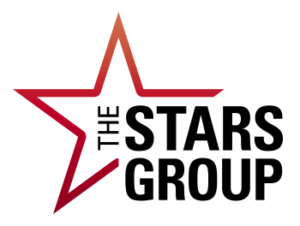 If stars can be ranked by their brightness, no doubt Canada online gaming firm The Stars Group is shining brightest among them all. Having been recognized for years as the owner of the world’s largest online poker room, PokerStars, the company now has a new claim to fame. One that CEO Rafi Ashkenazi calls, “the world’s best online sportsbook”.

On Saturday, the announcement came down that The Stars Group has successfully acquired Sky Betting and Gaming (SGB), owners of the immensely popular UK sports betting platform, SkyBet. This comes less than two months after the Canadian iGaming firm scooped up CrownBet, a major mobile sports betting platform based in Australia.

In less weeks than you can count on two hands, Stars Group has expanded its global reach, as well as its dominance in the most lucrative online gaming verticals on the planet. According to Ashkenzai, the company has purchased “the world’s best online sportsbook in SkyBet”, and will utilize the synergies between PokerStars and SkyBet to produce “the world’s leading online gambling product mix”.

The acquisition of SkyBet will propagate Stars Group’s presence in the online and mobile sports betting space dramatically. However, SBG also presents a fantastic online casino platform that will greatly compliment Stars Casino; one vertical in which the group has yet to get a significant foothold.

“Sky”-Rocketing to #1 in North America

The Canadian firm’s $4.7 billion procurement of SkyBet came with an immediate boost in share price. By the time the Toronto Stock Exchange closed at 4pm on Monday, TSG stock had jumped 12.87% from 29.30 to 33.45 per share.

Addressing investors, an enthusiastic Ashkenazi proudly announced the company’ new goal to become the “most valuable listed online gambling company” in the world. For now, following the acquisition of SBG, The Stars Group is happy enough to overtake the position of the largest publicly traded gambling company in North America.

New Look as Stars take to the Sky

The CEO is promising that The Stars Group will take on a whole new look as SkyBet’s services are integrated into the company’s ever-growing portfolio of online gambling products. He says the company is on track to dominate multiple online and mobile gambling verticals; a task that is being fast-tracked by entry into newly regulated markets.

Speaking of the synergy between Stars Group and SkyBet, Ashkenazi says:

“The businesses are complementary. These transactions offer our business significant, financial and operational benefits, which greatly increase our scale, cementing our position in many of the World’s leading regulated geographies.”

The CEO goes on to describe SkyBet as a “best-in-class” mobile platform that has been able to fulfill the difficult task of mastering player engagement in a heavily-saturated UK sports betting market. He ensures investors that the combination of these two elite brands will help deliver low-cost player acquisition throughout global markets; not just markets currently accessible, but those on the foreseeable horizon; (aka a potential US sports betting market).

“Combining the world’s fastest growing sportsbook with the world’s largest poker product, we will gain the ability to leverage two large low-cost player acquisition channels,” says Ashkenazi. As for probable entry to the US market, he affirms that the potential for legal sports betting in the US is an exciting development, but that “the trigger for this deal was not the US”.