In recent years, there’s been a slow but well-adapted transition to 3D online slots. They offer fantastic graphics with imaginative characters that bring the games to life like never before. For many players, the level of entertainment is unparalleled.

I could easily write this entire piece on NetEnt creations of the last few years. But I’d prefer to focus more on versatility, if for no other reason than the versatile nature of our readers—the players. The idea is to give everyone, in every part of the world, a chance to experience some of these awesome games. Thus, we’ve chosen the top five 3D slots creations from five major software developers.

There are plenty of great 3D online slots in 2018. Choosing the top five from different creators was not an easy task. It took hours upon hours of personal game play from our entire team to finalize the list. So, without further ado, here it is…

#1 Jack and the Beanstalk – NetEnt 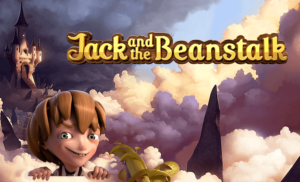 NetEnt’s Jack and the Beanstalk was one of the first true 3D slot machine to hit internet casinos, and in our opinion, it still reigns supreme. First launched in 2013, it received a more recent HD update aligned with its mobile release. The game follows the basic, classic tale of Jack and the Beanstalk, with a few comical twists to spice things up. It’s packed with free spins, walking wilds with 3x multipliers, and a Treasure Collection that is the ‘key’ to unlocking many more special features. 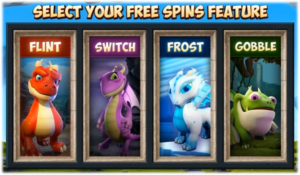 One of my personal, all-time favorites is Microgaming’s 2016 release of Dragonz. Four of the cutest, most ferociously funny baby dragons take to the reels in a 3D extravaganza of magical entertainment. Its most lucrative feature is a player’s choice free spins bonus. You get to choose your free games features from each of the four dragons; Flint’s Flaming Wilds, Switch’s Stashed Wilds, Frost’s Frosty Wilds, and Gobble’s Winning Wilds.

Another oldie-but-goodie, BetSoft first released Enchanted in 2010. Recent graphical enhancements have brought the magical forest to life, where woodland creatures, fairies, elves, and wizards work their spells under the luminescent glow of moonlight. While the visuals are splendid, it’s the features that really make this game. Collect keys to unlock Tonk’s Tinkering Doors, spin Crazy Hat’s to unleash Crazy Reels, and open the spellbook to receive the “Ultimate” free spins.

#4 Age of the Gods: Prince of Olympus – Playtech 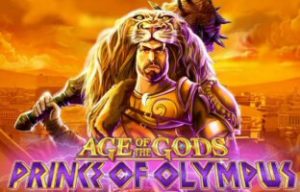 Playtech released this title in 2017, and it’s been enthralling fans of 3D slots ever since. The reel graphics are nice, but it’s the cinematic cut-scenes that are most impressive, especially when players attempt to slay the mighty Hydra for massive multipliers. It’s teeming with features, including respins, expanding wilds, free games with 3x multipliers and four randomly triggered jackpot prizes. 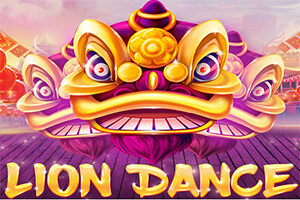 Last but not least is Red Tiger’s 2017 launch of Lion Dance, an oriental themed game centered around the magnificence of Chinese festivals. Set to celebrate its first anniversary next month, Lion Dance is currently one of the highest ranked slots online today. This is another game where the 3D graphics are just a fantastic perk compared to the extensive features within. The free games offer one of four random features guaranteed to trigger on every spin. It’s so popular at the moment, we simply couldn’t leave it off today’s list of best 3D slot machines online.