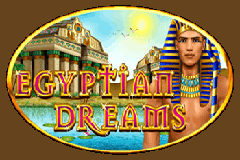 Six very long years ago, a new company took root in the realm of digital real money gambling technology. They called themselves Habanero Systems; a clever title eluding to the spicy-hot nature of their innovative online slots titles. On June 15, 2012, they launched their very first series of interactive slot machines, including 19 versatile titles with features that were, at the time, unique to the online casino industry.

Among those now-antiquated (by digital standards) games was a ground-breaking slot they called Egyptian Dreams. With beautiful imagery, entertaining game play and a series of lucrative features, it instantly became a player favorite.

Times have changed a lot since then. The way games are developed, and the quality of graphics therein, are far superior to what developers had access to in those days. So—like many other competitors in the iGaming software space—Habanero is on a mission to remaster its most beloved titles of yesteryear. 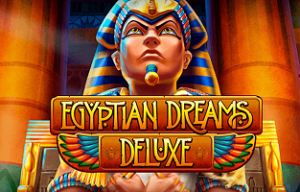 If you thought the original, 2012 version of Egyptian Dreams was a vibrant display of ancient glorification, just wait until you see the “deluxe” version! Better yet, don’t wait at all. It was quietly released on August 28, 2018; available now at all Habanero-powered online casinos.

Egyptian Dreams Deluxe isn’t just a remastering of the classic game, though. It follows the same theme, utilizing much the same symbolism (albeit in noticeably greater resolution), but the game mechanics have been upgraded, as has the theoretical return to player (RTP), increasing from 96.08% to 96.70%.

The original video slot contains the age-old 5×3 reels with an average 25 pay lines. The new edition comes with an expanded 5×5 reel set and, instead of pay lines, is endowed with up to 3,125 ways to win. Players will need to invest a little time and money to get to the game’s more munificent payouts. 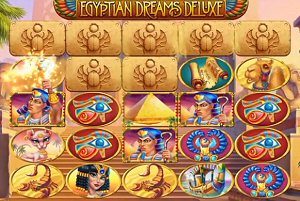 At the start of a session, only the bottom three rows of symbols are visible, and only pay in any position left to right. The top two rows are covered by scarab beetles. Each time the male figure—the game’s wild—appears directly beneath a scarab beetle, it uncovers that position for subsequent spins. For each new position that’s opened, the ways to win increases.

Note that changing the current bet size will return all scarabs to the reels. You can’t bet the minimum $0.25 until the scarabs are gone, then jump to $1. However, scarab positions are saved per bet size. They will disappear once more when you return to the original bet size at which they were removed from the screen.

Once all scarabs disappear, and the entire 5×5 reels are visible, the Free Games feature is triggered. Players receive 30 free spins. The scarabs return for this, but if all are removed during the free games, another 30 free spins are awarded. Also during free games, all ways increase to pay in both directions, left to right and right to left.

The game’s other main feature is the Pyramid Bonus symbol. It pays left to right in the base game, triggering a free re-spin for 2-4 on a line, where all pyramids remain in place for the re-spin. If 2, 3, 4 or 5 pyramids appear, it triggers 10, 15, 20 or 30 free spins. During free games, pyramids become scatters, delivering re-spins and paying in any position, and awarding another 10 free spins if 3 or more appear.

Finally, Egyptian Dreams Deluxe comes with a random, 3-tier progressive jackpot. Any of the jackpot prizes can be released after any spin, win or lose.