Facebook gambling is illegal in Canada without a licence, says SLGA.

Social media is a global constant these days. We go on Facebook or Instagram or Twitter, sharing the everyday activities of our lives and catching up on those of our friends and family. There’s not much you can’t do on social media these days, even gambling.

But gambling in Canada is a tricky thing. In many ways, the laws are verbose and ambiguous at best. Online gambling, for example, is a matter the nation and its provinces and territories have yet to solidify legislation for. Are international operators legal, or illegal?

That’s a debate we’ve already undertaken. (You can read more on the legality of online casino gambling here.) The hot topic today is whether it’s legal to profit from gambling on Facebook and other social media websites.

According to the Saskatchewan Liquor and Gaming Authority (SLGA), the answer is “No”, at least not without a licence. 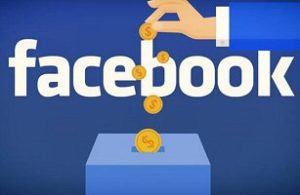 The issue stems from a developing story that appeared on PAnow.com this morning. It revolves around a young mother who turned to social network gambling in hopes of raising enough money to pay off an overdue utility bill.

Kayla Dipaolo is a 24 year old resident on the James Smith Cree Nation, in the Melfort area southeast of Prince Albert, Saskatchewan. She has a 6 year old daughter, and another on the way. When her finances fell behind, owing a $700 power bill, her friends and family suggested she start up a Texas Hold’em style bingo game on Facebook.

“I had a couple of friends who used [Facebook] to fundraise for their weddings and my mom had told me to give it a shot if it would help me in my situation,” says Dipaolo.

Fundraising over social media is one of the latest technological trends. The young mother never even considered the idea that it might not be a legal means of raising money. It was a classic case of ‘everybody’s doing doing it‘.

Dipaolo sold cards for the poker style tournament on her Facebook page. The winner would receive half of the profits, while Dipaolo retained the other half. She says she had already raised $200, and that her friends had told her it was perfectly legal. She had no reason to question that, until the SLGA stepped in and shut her down.

David Morris is the Manager of Communications and Public Education for the SLGA. He says he’s quite familiar with the concept of hosting raffles, bingos and other fundraising activities via social media. He’s also familiar with what the law requires in such situations.

“According to the Criminal Code of Canada all gaming activity must be licensed by the province in order to be legal,” says Morris.

He adds that applying for a licence is not a difficult process. It can be done online, and there are no fees involved so long as the prize is under $2,500. He says applicants can even apply for a triple gaming grant, in which they can receive an additional 25% of the net proceeds.

However, he was quick to point out that not every applicant receives approval. The SLGA reviews licence applications on a “case by case basis”, says Morris. “The Criminal Code does have some parameters as to what is eligible to be charitable in terms of gaming.”

He was unable to comment on whether Dipaolo might face any consequences for hosting an unlicenced Facebook gambling scheme. “Our role as SLGA is to regulate gaming,” he says. “Unlicensed gaming is a matter for the police to consider.”